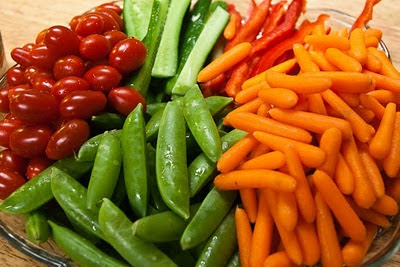 There is an abundant amount of delicious vegetables to eat on this plate! Thanks Kim for this picture full of an abundant assortment of color! 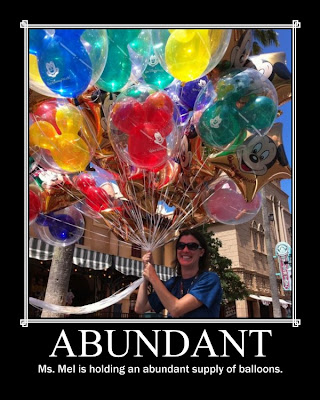 Have I started selling balloons in Walt Disney World? No, but it looked like a fun job to me!  Mr. Chris and I were recently at Disney for his cousin's wedding and we spent one of the days doing a scavenger hunt the bride had put together. We had a blast!  There were an abundant amount of things on the list to find in Hollywood Studios, including holding a balloon. When the balloon man in Hollywood Studios heard that I had to take a picture of myself holding a balloon, he handed me his whole bundle. I thought for a moment I might lift off the ground! There were so many things to see and do, but we stayed focused, even when I wanted to stay and sell balloons.


I had abundant ideas floating around in my head of activities that can be done with this picture.  I thought I would share some with you to try if you would like!


1. Count the balloons in the picture. How many are there?


3.  Graph each color balloon on a chart. Which color is most abundant?


4.  Write a story about Ms. Mel and the balloons.


5. Try to use the word "abundant" this week in your conversations.
Posted by Miss Mel at 7:09 AM

Night Light Stories is a podcast featuring original children's stories. Written by a husband and wife team, these narrations were brought to life while sitting by the friendly glow of a child's night light. We invite you now to share these stories with your own family, at night, in the morning, or anytime ... anywhere. You can download and listen to the stories for free on the blog or iTunes!